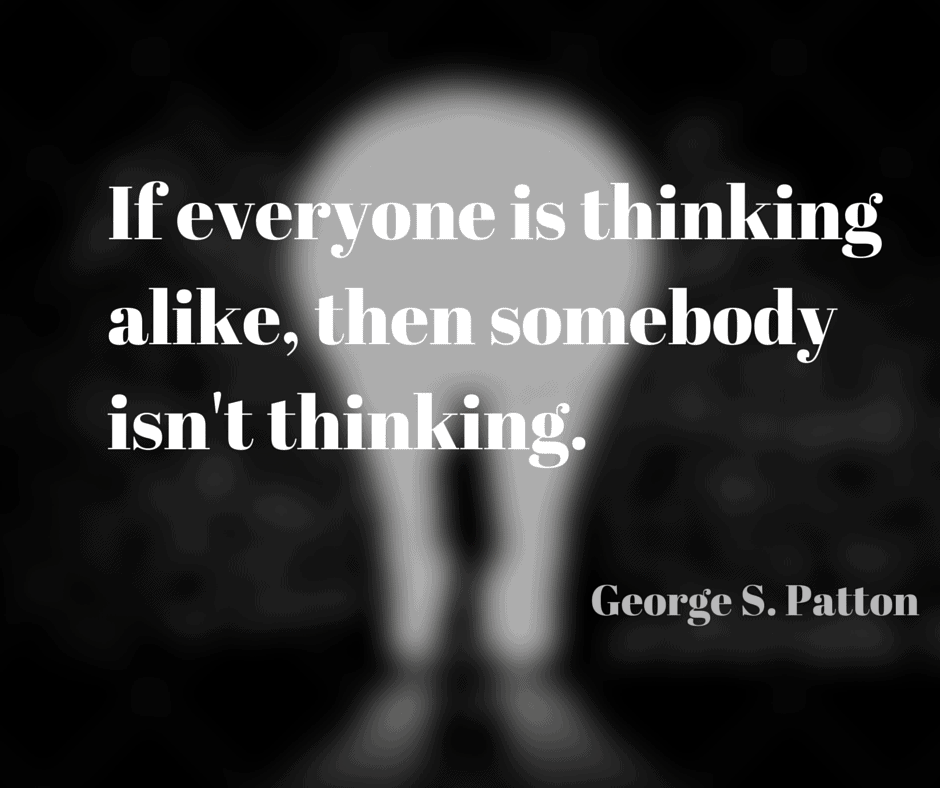 Questioning assumptions is one of the indicators of a critical mind. A lot of managers I know never do. They simply accept what is happening and blame other people and circumstances why things are the way they are. Sadly, it is this kind of thinking – of not questioning assumptions – that leads to the downfall of many businesses.

As a young manager, I came across other managers who were older than me and more experienced. Some were bright; others, not so much. The worst experience I had were from those people who call themselves “experts.” They were great in their field. Or so they claim. At the end of their stint, the company did not become better off even after they left. In fact, we ended up in deeper waters because of what they did – and what they did not do.

Failing to ask the question, “what’s different now?” is the main reason why these experts fail in their role.

They rose through the ranks in their previous jobs because they were good. Probably. I would never know. I was not there. But I will give them the benefit of the doubt. However, during the time they were working with me, they failed miserably.

How did I know?

They just did what they did in their previous jobs 5 years ago, 10 years ago. They were in a different industry, different city, different company. Now, if you applied the same, exact formula in your previous job, will that work at the new one? Any reasonable person will reach the same conclusion as I have before.

No matter what your realization is after asking that question, it is imperative to ask it first. Managers who fail to accept that their old ways are no longer effective are not fit to be in their positions. Peter Drucker dedicated an entire book proving a single point, a manager’s role is to be effective. Being effective means doing the right things. While there is no way for me to say that something is right or wrong, there is a checklist you can go through to make that decision yourself.

4 Quick Steps to Determine if You Are Effective

Measuring activities is one of the basic managerial functions. If you are not measuring what you or your team are doing on a daily basis, then you are not doing your job properly.

My experiences tell me that this is the most overlooked function of management. Sadly, what Drucker said still holds true, even to this day – what you cannot measure, you cannot manage.

You need to know whether your team is productive first.

Can you honestly say that your team is productive and are not wasting any of their time? I don’t think so. Oh, this applies to you as well. If you do not have metrics, then most likely, your boss doesn’t have it either.

Why not start measuring something then present that to your boss. The simplest way to do so is to start counting! Number of social media posts, number of articles written, number of reports submitted, number of calls taken, etc.

Once you start measuring, you can now set goals.

Taking from the example above, once you know how much your team is producing on a daily, weekly and monthly basis, simply set a goal. See if they can meet it or not. If they do, then that just mean that your initial thought that they have a full plate and need a new person is wrong. If they do not, then adjust it a little bit.

There is no way for me to assess your situation. But that is where you come in. Increasing the productivity of your team is one hallmark of a great manager.

One note though on setting goals. It is imperative that you establish a baseline first – whether your team knows you are measuring them or not. If you do not, then again, you are making false assumptions. You are simply forcing your team to reach a state that even you do not know they can do. It is one thing for them not to believe it at first, but another when you are not sure yourself.

Analyze your data and metrics

After a couple of weeks, take time to analyze what you have.

For example, your team (of 3) writes articles for your company’s blog. You started measuring. You know that they produce 1.5 articles a day. You set a goal of having 2 articles a day.

You now take that data and figure out if 2 articles a day is already a stretch or they are simply wasting their time. Then you look at your own data. You also started measuring yourself. You are writing 3 articles a day. Hmm. Seems like there is a disconnect.

Are you really that much better than them? Maybe. Only you can figure that out. One thing I do know is that the goal of 2 articles a day is not being met. Now, what do you do?

The last portion is something that only you will know what to do. While analyzing the data, questions have most likely popped your mind.

No matter what questions or options you have, one thing to remember here is to simply decide and do. Don’t wait for more data.

In today’s fast-paced world, inaction is tantamount to explicitly allowing your competitors to pass you by. It’s like driving on a narrow road. Your competitor is right behind you. They want to get ahead, obviously. And you allow them by slowing down, stopping by the shoulder, and waving at them and saying “go ahead, take my customers away from me because I am still gathering more data.”

You might argue that making hasty decisions might lead to mistakes or failures. Yes, that is true. But that is better than not doing anything. If you fail, then you crossed off one on your list then move on to the next. It puts you on the right track by the process of elimination. What if you were right?

You would be already ahead of everyone else. Look, that is the nature of every business — it is full of uncertainties and risks. No matter what you do, you do not know if you will succeed.

Don’t think that successful companies get there because they can predict the future. Just like you, they don’t know that either. They just took a leap of faith and push forward instead of waiting and doing nothing. That is how these companies achieve business nirvana.

This site contains affiliate links to products. I may receive a commission for purchases made through these links. However, this does not impact my reviews and comparisons. I only recommend products I’ve reviewed, and in many instances also use, in order to help you make the best choices.